Were Jennifer Lopez & These Other 5 Fierce Celebrity Personalities Cosmically Inspired By Their Astrology Moon Signs?

By Rose Foster
According To Your Zodiac Sign, Astrology, Celebrity 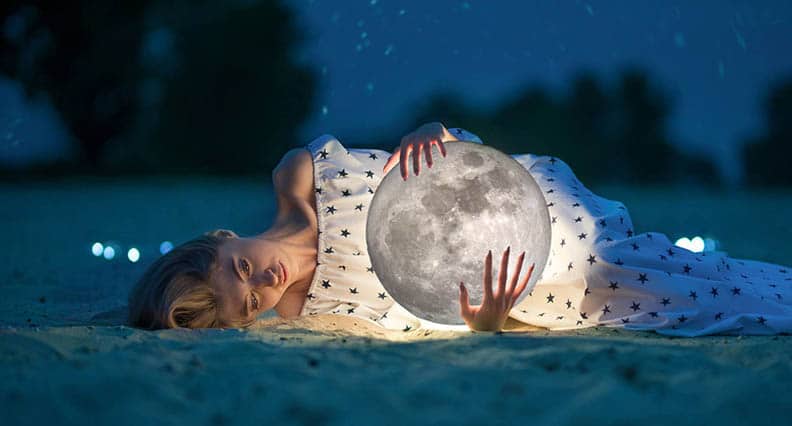 Most new astrology lovers understand the sun sign. It is this that most refer to when talking about their sign.

For example, being born between October 23 and November 21 makes you a Scorpio. And so on for the other 11 signs on the Zodiac calendar.

Your astrology moon sign is a little more complicated. You discover this when you examine the time, full date, and place of your birth.

In astrology, your sun sign plays a huge role in determining your personality type. Many of the key aspects of who you are come down to which sun sign you’re born under.

But it is your astrology moon sign that represents your true emotions. That’s why it is the second most important sign in astrology.

You can think of it as the fuel that lies behind the personality you receive from your sun sign.

We’re curious about how the moon sign influences some of the world’s biggest celebrities. Here, we look at six famous people and the role their astrology moon sign plays in their personalities. 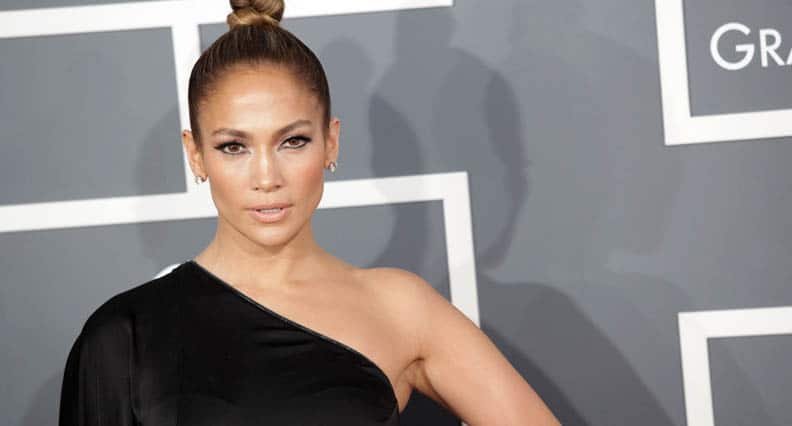 The fiery Jennifer Lopez is a star in both the music and film worlds.

And fiery is the key word here.

Lopez was born under the Aries moon sign. This means that the red-hot planet of Mars governs her emotions. This makes Lopez more prone to extreme bouts of emotion, at both ends of the scale, than most other people.

This can be a good or bad thing.

On one hand, this fiery emotion can serve as motivation to achieve amazing things. In Lopez’s case, this manifests as an intense desire to achieve excellence in all that she does.

However, it can also mean that she’s quick to lose her temper.

A supposed loss of temper during her 40th birthday may be a sign of that.

Someone born under the Aries astrology moon sign is both quick to fall in love and quick to anger. This makes them a handful, albeit an exciting one, for anybody else.

Jim Carrey is a comedian with something of a trickster personality. He’s well-known for his constant jokes, which is a sure-fire sign of being born under the Gemini astrology moon sign.

This comes from a constant need to stimulate his mind. Behind the jokey exterior, Carrey is likely an extremely intelligent person. This causes him to need to fill every quiet moment with some form of activity.

Again, you can see this trait in his movies. Carrey dominates every scene he’s in with his enthusiastic performances. And it’s likely that he experiences difficulty reigning in this aspect of his personality.

The Gemini sign is another emotional sign. While not as fiery as an Aries, Carrey does have a sentimental side. This means he wears his heart on his sleeve and he isn’t afraid to do what feels right to him. An example of this is his refusal to promote the movie Kick-Ass 2. Despite playing a major role in the film, Carrey later decided that the film promoted gun use too heavily. His refusal to go through the usual celebrity circuit showcases how open he is emotionally. 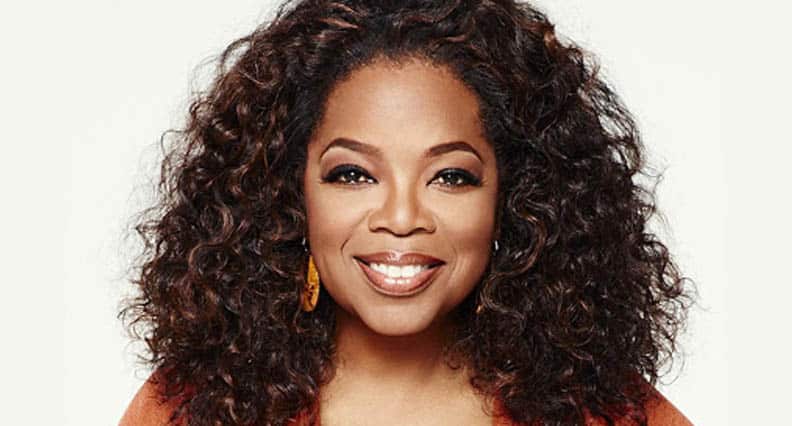 Those born under the astrology moon sign of Sagittarius seek the truth in everything.

That’s a perfect description for talk show host and business magnate Oprah Winfrey. She dedicates many episodes of her show to learning about remarkable people. And it is through her that many broken families have reunited.

Oprah has the drive to get to the heart of any matter so she can discover the root causes of a problem.

She’s also not afraid to confront people with the truth.

This is another classic Sagittarius trait. Though sometimes blunt, she experiences emotional relief from revealing the truth. She also understands that the difficulty that can come with truth is just a temporary thing.

It’s much better to have things out in the open than to keep things a secret.

It’s also rare to find Oprah in a negative mood. She’s dedicated her entire life to bringing joy and positivity to millions of people. Again, her Sagittarius moon sign drives her here. She has a contagious optimism and truly believes that the world can be a better place than it is right now.

His smoldering good looks and acting ability made George Clooney a star.

However, it’s his activism that many admire him for today. Clooney isn’t afraid to speak up about the big social issues of the day. And once he decides to make a stand, it’s very difficult to get him to back down.

This is a sign of the independent nature of someone born under the Aquarius astrology moon sign.

Clooney feels completely secure in who he is and what he believes in. It is this that gives him the confidence to express his viewpoints so readily.

It’s also this security that likely drives him to seek out similarly independent people.

Of course, the greatest sign of this independence was his long-standing bachelorhood. For a while, it seemed like Clooney would never settle down and have a family. It’s only in recent years that he’s changed his ways in that respect.

And even though he’s now a father, we’re sure there is a fierce independence still within him.

Aquarius is also the most humanitarian moon sign. Knowing that alone is more than enough to tell you that Clooney has the classic traits associated with this sign. He’s a well-known philanthropist who operates on a personal system of values. This means he puts the wellbeing and happiness of others above his own. 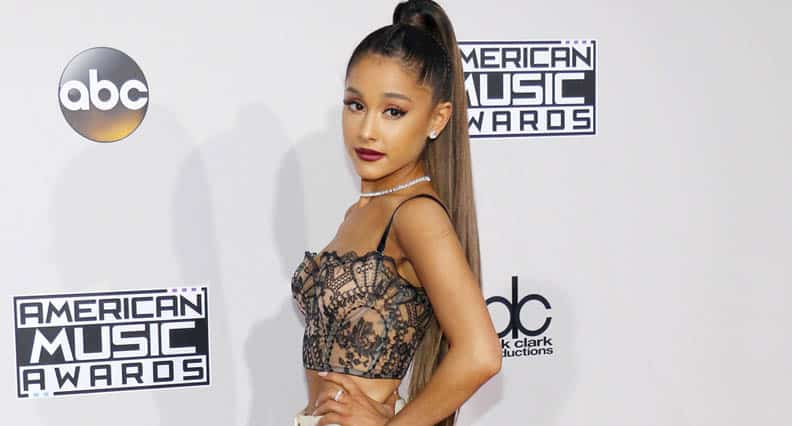 The key thing here is that Venus rules Libra. This is the planet of love and romance, which means that Libras tend to value beauty in all things.

Just one look at the gorgeous Miss Grande shows you how that manifests in her personality.

However, this isn’t to say that those born under the Libra astrology moon sign are superficial. In fact, these people tend to seek balance in everything that they do.

On an emotional level, this can lead to them trying to help others just as much as they help themselves. And if they’re not careful, they may lose focus on themselves in their efforts. This means that people like Grande often feel out of balance as they struggle to split their emotional strength properly.

Failing to maintain that balance can lead to a few mild temper issues.

Those born under the Libra astrology moon sign can find themselves feeling irritable when they’re out of balance. While we can’t say for certain that this is an issue for Ariana Grande, we have seen her get annoyed at interviewers.

Perhaps these moments occurred when she’d lost her emotional balance.

Nevertheless, she has an undeniable inner strength that’s typical of Libras. Plus, she carries the charm that those born under this moon sign wear so well. 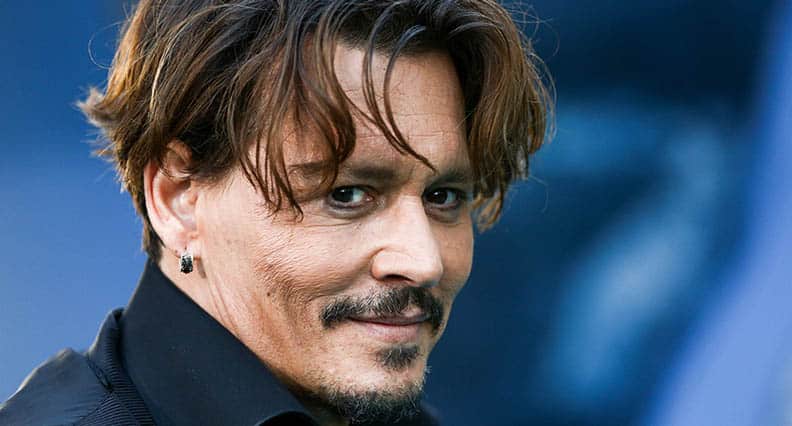 Johnny Depp may just be one of the hardest working actors in Hollywood. He’s appeared in more roles than we can count. And in each one, he brings an undeniable enthusiasm to create the most interesting characters possible.

This work ethic is a characteristic of those born under the Capricorn astrology moon sign.

Depp finds emotional fulfillment in achievement, which is why he’s so open to trying new things. He’d unafraid of failure and takes risks constantly. That’s because, for him, the rewards that come from his achievements far outweigh the problems of possible failure.

Outside of this linking of achievement and emotion, Depp is a fairly solitary character. He rarely courts the press and he needs time to himself to decompress from his busy life. Though socially driven, there’s a part of him that just wants to shut out the world.

It’s this dichotomy that drives him on an emotional level.

He has a drive to achieve recognition for his work and his art. But at the same time, he doesn’t want to let people get too close to him.

This latter trait manifests in his relationships too.

Depp likely takes a long time to develop bonds of trust with people. But when those bonds exist, he loves wholeheartedly with everything in his being.

Those are six celebrities who have astrology moon signs that say a lot about them.

We can draw clear lines between their signs and the emotional aspects of their personalities.

But what does your moon sign say about you?

Do you know of a celebrity who shares your astrology moon sign? Do you share any traits with them that you want to tell us about? Let us know in the comments section below.

Horoscope: How Your Sign Will Cope With This Week's Cosmic Curveballs
3 Glorious Ways The Sagittarius New Moon Solar Eclipse Will Help You Expand Your Potential (Dec 4, 2...
Horoscope: These 3 Signs Will Actually Be Able To Breathe A Sign Of Relief This Week