How My First Angel Encounter Can Help You Have One Too! 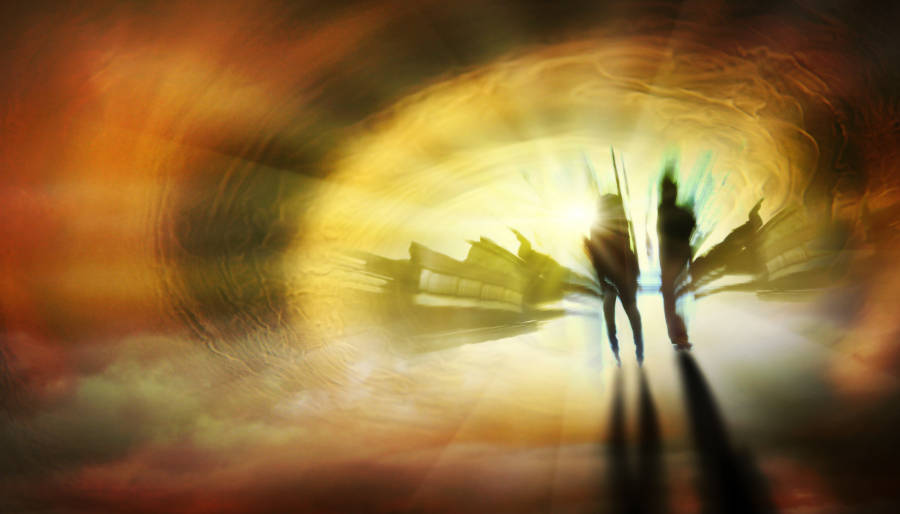 I arrived in Sydney for the first time the day after Mardi Gras in 2000. I was 27, and had just reached my first peak level of maturity. With little more than a half filled backpack, my return ticket to Perth and a tatty old deck of ‘Karma Music’ tarot cards, I travelled across the city by train to Elizabeth Bay to reacquaint myself with some old work colleagues acquired during my time working for a tabloid TV station in London.  My vivid imagination had conjured up dreamy images of Elizabeth Bay. It sounded so idyllic.

I expected to be greeted by palm trees and paradise but instead received a rude awakening as I hesitantly passed through Kings Cross on my way to the girls’ apartment.  The confetti littered aftermath of the previous nights celebrations was still very raw. Streets were deserted aside from the occasional semi-clad partygoer recovering on a street bench. Little did I know that this was a sign for things to come for me…   Jemma was travelling with her friend Julie and an acquaintance of hers had offered them his apartment whilst staying in Sydney.  I had travelled from Perth for a job interview with a reputable TV company and Jemma had offered a roof over my head until I had got myself established.  The apartment was tiny with only one bedroom and I knew instantly that my days were numbered there.

However, I didn’t realize quite how quickly I would find myself homeless.

An unforeseen chain of events lead us to go our separate ways before the week was out, as the girls decided to escape the city to explore Bryon Bay. My interview was a disaster and with little more than a couple of hundred dollars to my name, I found myself aimlessly wandering the Cross in search of a job and somewhere to stay.   The rest is a bit of a blur. From memory, a few days later my money had almost completely vanished and I was left homeless.

However, this situation culminated in my first real life encounter with an earth angel.

I had been ducking in and out of cafes offering tarot readings to strangers in exchange for a few dollars and hadn’t realized it was getting dark. The wind had picked up considerably and as I walked through Darling Harbour, a powerful gust of wind dislodged my cards from a pocket in my backpack and they proceeded to flight like a flock of seagulls. Frantically running after them like a mad man, I slowly gathered them up one by one until I thought I had them all. What else could go wrong? I nearly lost my only method of income.

My first night living on the streets shook me to the core.

Although the harsh realization of having nobody to rely on aside from myself left me feeling vulnerable and exposed, I was reluctant to use my return ticket to WA because my Mum had recently remarried an Australian and I wanted to give them space.

Despite being the middle of summer, the night became chilly very quickly. I decided to stay in Darling Harbour for safety reasons as workers deserted the city to go home to their beds. My mission was to try and find my way to a nightclub I had heard about through the grapevine called ‘Home’. My plan was to try and get in and see if I could meet some new people who could help me.  I had no idea where to find it and after searching for what seemed like hours, I spotted a young woman ahead of me who was about to climb the steps to cross the bridge in the harbour.

Running up to her to ask her for directions to ‘Home’, I was surprised to see she was in floods of tears. She must have been in her early twenties, attractive with long, brown hair.

Conversation flowed naturally as I asked her if she was ok and as we walked and talked, I discovered that she was also homeless.

Her name was Angela.

Positioning ourselves on a bench in the centre of the bridge she revealed her dreadful scenario. It felt like I was a voyeur on someone else’s life as she spoke to me. It was so surreal.   Angela had been through so much in her short lifetime. Her grandmother had committed suicide by jumping off ‘The Edge’, which is a notorious cliff in Sydney where people go to end their lives. As if that wasn’t bad enough, her mother had then done the same thing a few months ago that had devastatingly left Angela homeless.

My own dramas paled into insignificance next to hers.

I almost felt guilty for feeling so sorry for myself. This girl literally had nobody to turn to. Her family were all dead.  From that moment something shifted in me and my understanding of the world. I knew in my heart that I had been guided to Angela for reasons bigger than my comprehension to remember to give gratitude for being alive and recognize that there are always people worse off than me.

After hours of talking to my angel, we took shelter on the monorail and we watched over each other as the other one slept and tried to dodge the train guards. We must have circled the harbour thirty times until sunrise and eventually being turfed from our carriage.

Before we went our separate ways, I treated Angela to a MacDonald’s breakfast with my last remaining money. That was the first and last time I saw her. I pray dearly that she was able to find a way through her pain and now has a happy family of her own. A part of me believes that she wasn’t actually a real person. More that she was miraculously sent to teach me a major life lesson during my time of need.

The whole event was like no other experience I have ever had.

I continued to read my Karma Music tarot for several months after this extraordinary encounter on rainbow bridge, until I discovered card 5 ‘The Grand Master’ was missing from the deck. The Grand Master is the equivalent of The Hierophant in traditional tarot that searches for the meaning in life. He is the teacher of wisdom!

I have no doubt that Angela was my wise teacher on that enlightening midsummer night in 2000.

What is more Archangel Sandalphon governs this card and he receives and delivers prayers to the Divine so they are clearly heard and answered.   Sandalphon acts as a bridge between Heaven and Earth, and like a tall turquoise pillar of light, he clearly illuminates everything between.

7 Ways To Recognize When You Meet An Earth Angel

When you’re stuck in a rut and at a crisis point in life, you suddenly come across an entity whose presence inexplicably inspires you. They’re there to remind you of your purpose in life and give you hope that life is worth living.

Angels help heighten your senses so you will feel a sense that something magical or surreal is happening to you. When you see them, they direct you towards doing something that helps you stop and look at your scenario differently. Through them, we rediscover our humanity.

You will be presented with a stream of coincidences or serendipitous events that lead up to and reinforce the lesson to be learned.

You may encounter a rare moment in life when you meet a stranger you can confide in. This can be someone who is going through something similar to you or just someone you randomly met and instantly connect with. You feel light after talking to this person and they truly lessen your burden by sharing their secrets.

Angels have the ability to manipulate time and space and can make you notice what they want you to see.

An earth angel can have a beneficial impact of your health and wellbeing. If you have been struggling with any illness or disease, you may suddenly notice that you are feeling better with no real explanation.

Have you met an earth angel?   Please tell me about it in the comments section below…. 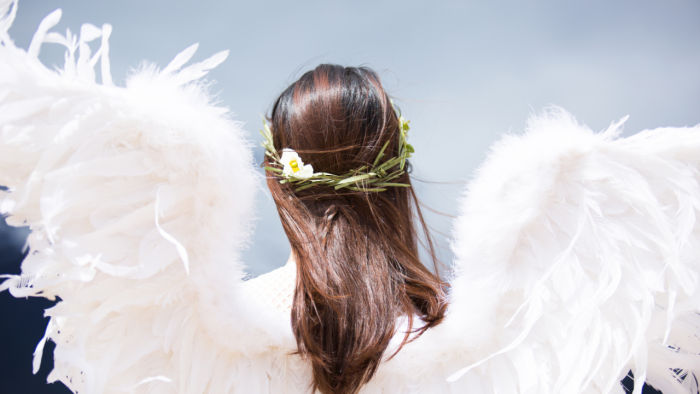 MEET THE 7 GUARDIAN ARCHANGELS: ONE FOR EVERY DAY OF THE WEEK 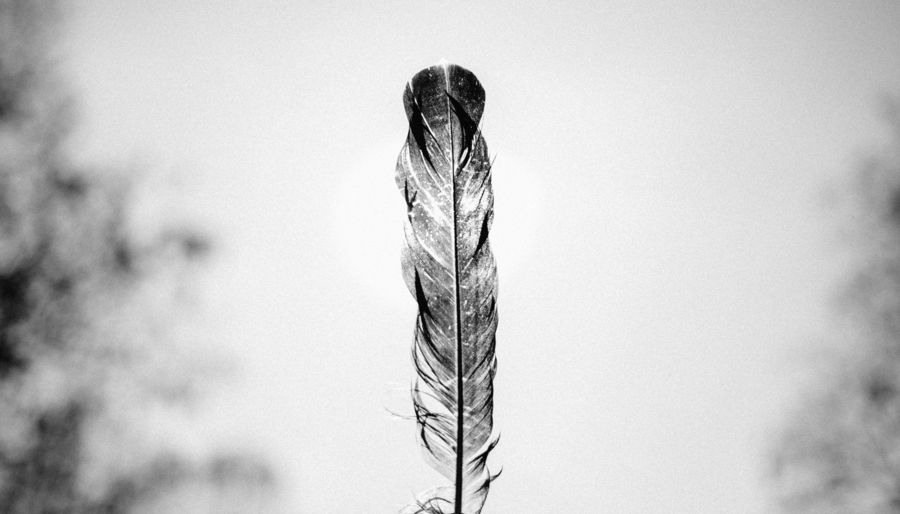 15 undeniable signs that your angels want your attention 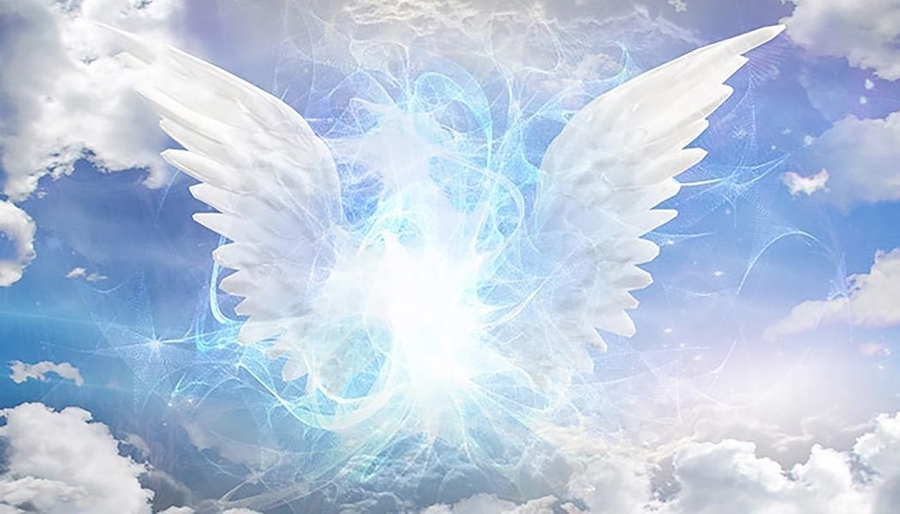