By The Numerologist TeamSeptember 20, 2019 Astrology, Rituals

Each year, on the 22nd or 23rd of September, a pivotal period of transformative power enters the cosmos. As the long balmy days of summer fade and we turn a corner into the latter part of the year, the opportunity for spiritual enlightenment, personal transformation and internal awakening is heightened.

This year, the Fall Equinox (or Spring Equinox for our Southern Hemisphere friends), falls on 22nd September at the following times around the globe:

As the days get shorter, and the nights longer, you will be forced to confront your own inner darkness. The Universe is compelling you to seek the truth from within. It’s demanding that you get real about who it is you are and the things you’re doing which are preventing you from becoming who you want to be.

It’s this uncomfortable yet cathartic experience that will help you find your light. And come the Winter Solstice, you’ll thank the Universe that you had this incredible opportunity to let go of what was no longer serving you. Because, in December, if you still have the weight of 2020 on your shoulders, you won’t be able to move into the new year with that ‘new you’ hope.

While the Fall Equinox brings incredible blessings to each and every one of us (yes, even if you sit idly by), if you truly want to use its transformative energy, there’s a story you need to hear…

But before you read on, we want to invite you to a very special LIVE Equinox event with Kelli Fox and Leanne Kallal. Join us on Tuesday, September 22 at 1:30pm PDT for a transformative session complete with practical tips for growth and gratitude in preparation for the year to come. Click here to register. 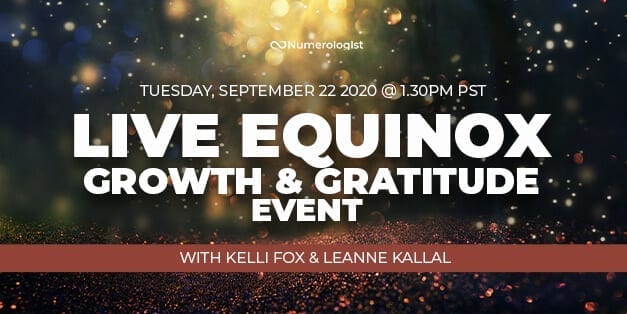 A beautiful young princess is out in the fields. She’s lounging around with friends, they’re chatting, laughing, twirling the stems of meadow flowers between their fingers. All is well, and all peaceful.

Little does this maiden know, but she has an admirer. She’s caught the eye of a man who likes what he sees. Likes so much what he sees, that together with his brother, he hatches a plan to take what he wants…

They lure the young woman away from her friends. They tempt her with a flower so stunning she can’t resist it. And as she reaches out to pluck it from the grassy bank where it blooms, at the moment she is least expecting it, the brothers’ spell is realized.

The ground starts to crumble beneath her feet.

A crack forms in the earth.

A crevice quickly turns into a chasm.

And down she falls, swallowed into the inky darkness below.

The woman – did you guess? She’s Persephone. And her admirer, her devious kidnapper is, of course, her Uncle Hades, God of the Underworld.

He keeps her there for many months, a prisoner in his underground home and whilst at first, she hates him for taking her away from her friends, her mother, and the sunlight above, she slowly starts to fall in love with him. Then as the legend goes, a sacred union between them forms.

Meanwhile, on the Earth’s surface, Persephone’s mother Demeter is furiously, frantically searching for her daughter. Demeter goes mad, roaming the earth for 9 long days and nights, while all around her the world withers and dies. Demeter is, in fact, the Goddess of farming and harvests, so whilst her attention’s elsewhere, the crops fail. Food runs out. The future starts to look very, very bleak.

Finally, on the 10th day, with a little help from Helios the Sun, Demeter learns the truth about how Hades dragged her daughter into the Underworld. She pleads with him to release her daughter until he finally agrees. The condition, however, is that she spends only 9 months of the year above ground and the remaining three months back in the Underworld with him.

A deal is struck. And with it, the seasons are formed. The rest of the story has become our annual, seasonal cycle – When Persephone rises above the surface of the Earth, she is the Goddess of Springtime, rebirth, and growth. And when she descends once more into the underworld, she embraces her other role becoming Queen of the Underworld.

The Transformational Opportunity of Fall Equinox

It’s one of the most famous and emotive of the Greek Myths. A story of kidnapping, cruelty, and the growth and transformation of a young, innocent (and somewhat naïve) woman into someone very different.

Persephone enters the Underworld as one person and leaves quite another.

It’s a timeless story, the important action occurring each year on the Fall Equinox (… had you guessed!?)

Yet this powerful story and the seasonal sabbath it describes are enmeshed so intimately together, that nobody knows anymore which came first. But in truth, it doesn’t matter. Because time is mythic. Time is cyclic, and not linear, as many would have you believe. So this story didn’t happen once, it keeps on happening over and over and over again. It unfolds every year, every fall, maybe even every season.

And here’s the extra piece of the pie – it happens within us all.

We’re all playing out the role of Persephone somewhere in our lives.

Sure, maybe you’re not being kidnapped by a heinous underworld-uncle, but how often do you find yourself standing on a precipice, facing the darkness of your own personal underworld, wondering whether to leap inside…

What Does Your Personal Underworld Have to Tell You?

It’s only when you step into this darkness, that you can fully understand what is holding you back.

When Persephone enters into the Underworld, she understands that some part of herself needs to be released. Yes, for her it is very much under duress, but she realizes that it isn’t her destiny to stay in that old role of the beautiful (but purpose-less) maiden, frolicking in flowery meadows.

Just as it isn’t your destiny to stay here, in this old role you find yourself in, at the end of the summer.

The darkness Persephone meets when she faces herself, in that place of shadows has an important new role to give her – it’s time for her to become a Queen!

But she can’t be that new version of herself until she’s made the space to let it in.

She can’t fulfill her new purpose until she’s released her old one.

Is this A Pivotal Moment on Your Journey into Queendom?

What’s the next step in your story of personal transformation?

You’re being faced with a choice this Fall Equinox.

Right now, you are standing at the edge of the darkness. Summer is over (sorry friend, there, we’ve said it!) and winter looms. But instead of an expanse of shadow and gloom, this season holds riches, just like the dark, dark earth that swallowed up our beloved heroine, and rebirthed her anew.

This Fall Equinox, will you be brave and intrepid, like she was?

Will take a breath, here and now, on this precipice between the light and the dark, and choose to release the pieces of your life that are holding you back from Queendom?

We know it’s not always easy to even know what those pieces are, we’ve all become so accustomed to our own stories.

That’s why we’ve created a blueprint for you.

This Ritual of Release Guide comes with a step-by-step workbook to help you pinpoint the exact pieces of your own story that are holding you back, and preventing you from progressing on your path. Then, once you have uncovered these damaging limitations, you’ll be shown exactly how to release them from your life, enabling you to move on.

You always have the power to change your life circumstances. Sometimes we just need an extra nudge, and a map to follow.

Are You Ready to Release Your Limitations, and finally become the Queen of your Life? Join Our LIVE Equinox Event on Tuesday, September 22, 2020 at 1.30pm PDT.

Register For The Equinox Event here →