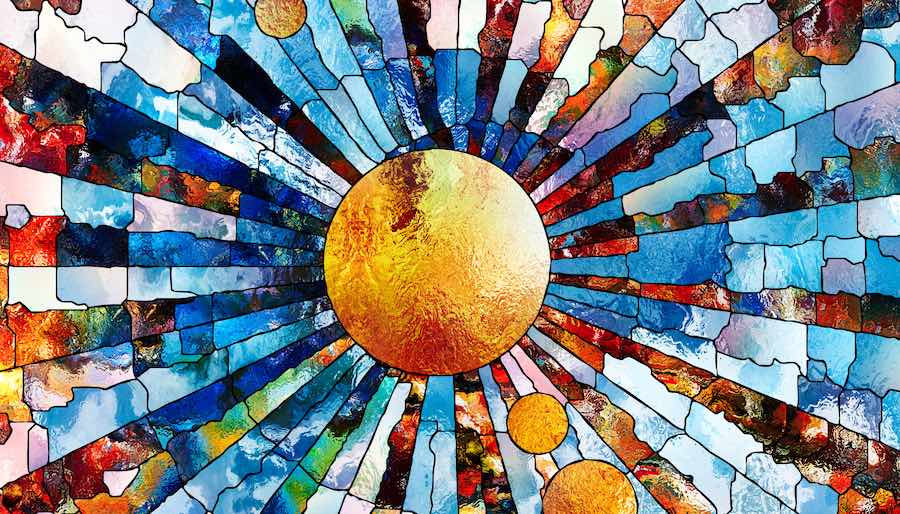 Are you feeling stuck?

Has your inner fire been smouldering away silently for too long, seeking fuel, air, oxygen, attention, but unable to feed itself?

Have you been forgetting to tend to your inner flame?

Have you been forgetting to tend to yourself?

This New Moon, occurring on 15th April 2018 at 18:57 PDT (02:57 BST on the 16th) sits at 26º of the fire sign of Aries, the child of the zodiac.  Sun and Moon are conjunct in this bold and brazen sign, together (finally) birthing the astrological (lunar) year anew.  With Spring Equinox falling almost a month ago, we’ve all been fuelled by this pioneering Aries solar energy since then, BUT … with Mercury in retrograde all this time, our collective foot has also been on the brake. Just hours before this New Moon becomes exact, that foot is removed, as on April 15th, Mercury goes direct.

The time has come to accelerate.

The plateau you’ve been perched upon for the past month has finally become your springboard, and you have permission to jump!

What are your New Moon Wishes?

New Moons are symbolic signs of new beginnings and this one is a herculean version of itself.  These planetary alignments are poised and ready to boost whatever you set your heart on and commit your efforts to, so it’s time to ask yourself…

What do you want to change?

What do you want to improve?

Where in your life could you use a little more motion, momentum, magic?

If you’re not quite sure where to channel your efforts this New Moon, one potent aspect to take note of is the conjunction of Uranus, at 28º of Aries. As the ruler of Aquarius, this revolutionary planet likes to ruffle feathers, disrupt the flow and assert its freedom.  So where 28º  of Aries sits in your personal chart will indicate where in your life this assertive and progressive energy is likely to make itself known.

Don’t let it take you by surprise.

The astrological house it traverses could reveal exactly where you most need a radical change in your life, and where the focus of your New Moon new beginning could most powerfully lie.

You can find your free personal astrology chart HERE.

If 28º of Aries falls in your 5th house, it could indicate that your social life needs an injection of excitement.  Or if it’s in the 10th house, it could reveal that it’s time for a career change (or at least a drastic realignment of your current work). Or if it falls in your 12th house, ask yourself if your spiritual practice has been seriously neglected of late and could use an overhaul.

Then go further and invite in some lunar energy to support your wishes and make them grow, by performing a New Moon ritual.

As well as SO much fire energy to ignite and kick-start this new beginning, there are three planets in earth at the time of this lunation. Pluto, Saturn and (Aries’ ruler) Mars are all transiting Capricorn, offering a powerfully grounding and structured influence to the start of this cycle.  At 21 º, Pluto’s loose square to both Sun and Moon may create a little friction, as you’re being asked to dig deep and face up to something scary. Remember that each time you face a fear and meet a personal challenge you are being reborn into a bolder, stronger version of yourself and this is exactly what Aries is pressing us all to do right now.

The child may be young, naïve, inexperienced and fearful, but they don’t resist their learning.  So don’t resist yours, especially if it takes on a form that makes you work for your freedom!

Aries also holds the energy of the warrior, so we’re all being asked to step up to the fight over this coming cycle.

Be brave enough to stand apart from the status quo and led the way towards something new.  This could be publically: are you being asked to bravely lift your voice a measure above the voice of the crowd, to make yourself and your new idea heard?  Or perhaps within the closeness of the family, it’s your time to express and live a truth you’ve been hiding up until now.

Aries gives you gusto.  Aries provides the impetuousness of youth, the shot of courage it so often takes to re-birth yourself as something new.

It’s your time to be re-born